It’s hard for me to read all the way through a long book review. But thankfully, mini-reviews (and miniature things in general) exist.

These are shorter thoughts on books I’ve read this month and one from May. Only good reads have been included.

Key words: honest, munchkins and winged monkeys, big personalities, Julia- a girl who spends a lot of time looking up.

Last sentence: And that’s the only place where growing really matters.

Thoughts: This book is a PRIME example of why I love realistic fiction with younger narrators. Big, unwieldy words and super long sentences cannot be found in this book. Julia’s voice is genuine and unedited. All her thoughts are in there, whether they’re selfish or profound.

KIDS OF APPETITE by David Arnold

Key words: gang of kids, adventuring, helping others, love in so many of its different forms, stories.

Last sentence: It begins with my friends.

Thoughts: I love how Mr. David Arnold writes. The way he strings words together is so great. For example, his chapter titles? They rock my socks off.

The Momentous Multitudes.
Cool, in the Traditional Sense.
The Magnificent Enigma of Simultaneous Extreme Opposites.
Those Tenacious Molecules of Chance. 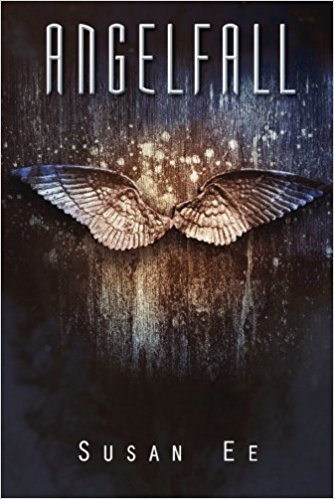 Key words: a girl who actually knows how to survive, an agnostic angel, the apocalypse

Last sentence: My face muscles twitch a tiny bit in response to my inner joy.

Thoughts: Okay, this book has two, big ingredients I don’t care for. Angels (characters who have unnaturally good looks because they are NOT HUMAN) and apocalypses (just in general not a big fan of any dystopian, the world is ending plots). But WHOA. I liked this book a lot. It’s not like the story is new. (Girl loses sister. Girl will do anything to get her back even if it means teaming up with the enemy. Befriends enemy.) It’s because Penryn is a cool main character. She knows how to fight- for real. She does what needs to be done- even if it means eating cat food. She doesn’t fall for the unnaturally good looking angel- well… not immediately. 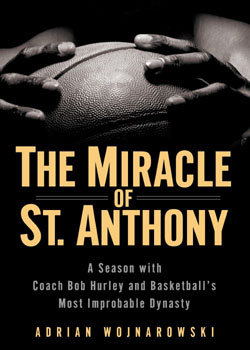 THE MIRACLE OF ST. ANTHONY by Adrian Wojnarowski

Key words: non-fiction, an old-school coach whose heart and bite is as big as his bark, inner city kids, basketball times a million billion, HARD WORK

Last sentence (but not really. The last, LAST sentence of the epilogue could be considered a spoiler, so here’s the last sentence of the book part): When the kids hustled out into the hallway for a drink of water between games on that warm spring day in Jersey City, Robert Patrick Hurley, out of Linden Avenue in the Greenville section of Jersey City, out of another time and place, reached for the broom and started sweeping.

(That only seems like a really long sentence right now, but it will mean something totally different after you read this book.)

Thoughts: Coach Hurley had been consistently turning his teams into champions for years. How? By yelling. A lot. And caring, loving, and looking out for them. This book reminds me of The Boys in the Boat (which if you didn’t know, is my second favorite book of all time). Both are narrative, non-fiction stories driven by sports. Both are so much more than that. Both are written superbly. This book is SO GOOD. It’s amazing. 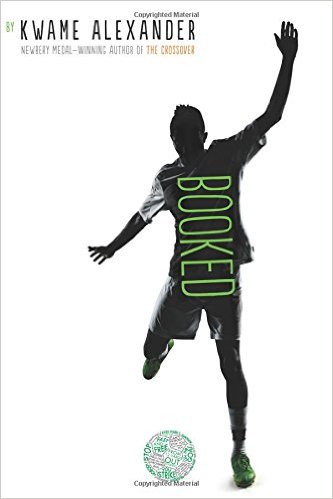 Keywords: middle school (which isn’t going so well), a dictionary (that Nick hates), April (his crush), Coby (his best friend), his parents (cool in their own ways), soccer (duh)

Last sentence: You’ll never believe what was inside…

Thoughts: Even though this book is written in verse and second person, which are two qualities I don’t like in books (whoa- this sounds like Angelfall all over again), Booked FLOWS. Nick Hall is having a much more eventful eight grade year than I did, but he approaches it in a very real manner. Also, I LOVE how the book is formatted with the titles and ellipses and the black out poetry and italization. I’ve seen nothing like it. And the characters aren’t bad themselves. Actually, they’re awesome. I WANT Mr. Mac’s shirts. And the relationship between Nick and his mom (and the growing one Nick has with his dad) is great. This book was great in general.

Wow, June was a good reading month. This is Annie, signing out. See you Saturday!