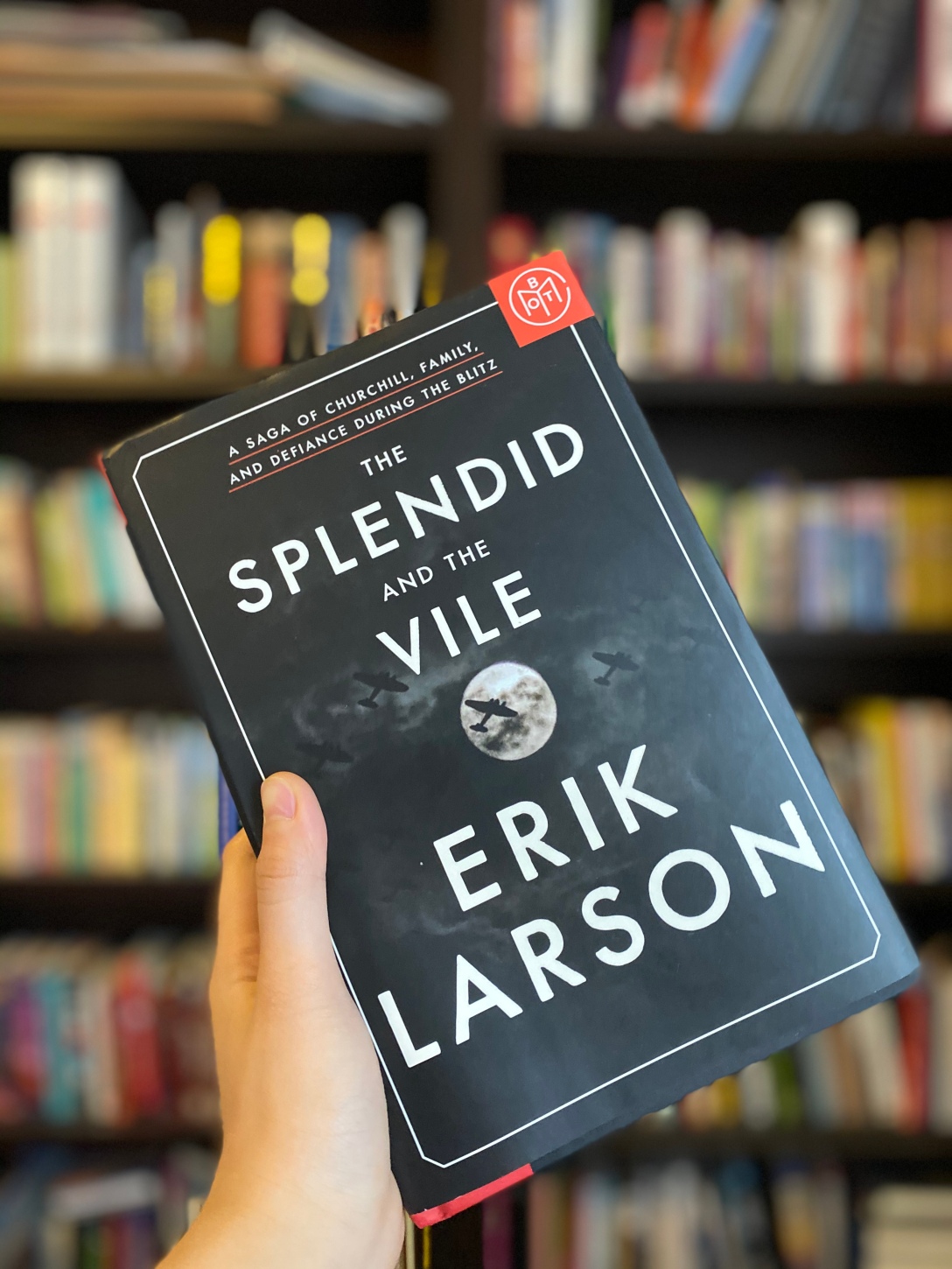 Right now I’m reading The Splendid and the Vile by Erik Larson. It’s a detailed chronicle of Winston Churchill and Great Britain from 1940 to 1941. During those two years, Londoners suffered the extreme anxiety and danger of regular, destructive bombing from the Germans.

When I chose this book as my Book of the Month pick for March, I chose it because Erik Larson is a pretty famous non-fiction author. I didn’t chose it at all because I thought reading about a terrible historical time in the past would make me feel better about the terrible things happening in the now. I didn’t realize that was going to be true until the blue box arrived on my doorstep and I read the first few pages. Now I’m on page 339.

Weirdly, some of the details so far have felt slightly familiar.

Shortages made some realms of hygiene more problematic. Women found tampons increasingly difficult to acquire. At least one brand of toilet paper was also in perilously short supply, as the king himself discovered.

But most of it is so unimaginably worse.

One of the worst effects was lack of sleep…”It’s not the bombs I’m scared of any more, it’s the weariness,” wrote a female civil servant in her Mass-Observation diary—“trying to work and concentrate with your eyes sticking out of your head like hat-pins, after being up all night. I’d die if my sleep, happily, if only I could sleep.”

“My heart misses a beat whenever a car changes gear-up, or when someone runs, or walks very quickly, or suddenly stands still, or cocks their head on one side, or stares up at the sky, or says ‘Sshh!’ or whistles blow, or a door bangs in the wind or a mosquito buzzes in the room. So taken all round my heart seems to miss more beats than it ticks!!”

I know that me being in Dallas as a teenager makes me way safer from the coronavirus than many people around the world right now, but if you’re feeling stressed, maybe reading about a time that was even worse will help you feel less on edge too. Reading about the inner thoughts and lives of these normal people who were killed or almost killed by bombs for months very quickly made the present seem not as grim.

Are your parents freaking out?
Has school been canceled for you?
How are you doing?

22 thoughts on “When times seem bad, read about a time that was even worse”