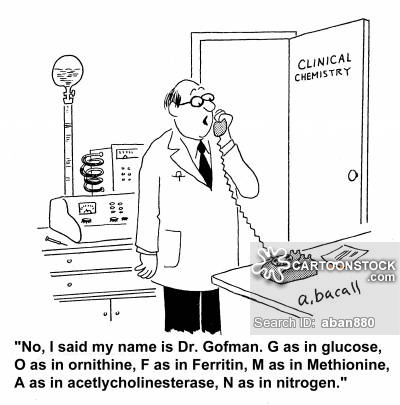 Speaking of dark magic, we did a spooky lab in biology a few weeks ago.

We started by tasting 1. M&Ms 2. skittles 3. salt water 4. sugar water. (My teacher passed out cotton swabs for us to dip into the salt and sugar water.) On a chart, we recorded how sweet/sour/salty we thought each of them were on a scale of 1-10.

Then she poured us all tiny cups of this tea that we gurgled in our mouths for a full thirty seconds. In my opinion, it tasted exactly like what you would expect strong tea to taste like. (How do food critics review restaurants for entire articles? How do critics do it in general? It would be so hard to write multiple paragraphs about a meal, or an album, or a movie, or a fashion show.)

After that, we repeated the tasting process. And we couldn’t taste anything sweet.(The scientific point of the lab was to talk about cell signals, signal inhibitors, competitive inhibitors, e.tc et.c etc. The real life lesson of the lab was that if you ever need to fulfill some no eating sugar goal, this would be a very helpful tool.)

The experience was crazy, especially the M&Ms. I couldn’t stop eating them because of how weird it was. They did not taste good at all. My brain knew what the chocolate candy was supposed to taste like, but then it just tasted so wrong. It gave me the smallest glimpse of how horrible it must be to lose your sense of taste. It also made me want to repeat this experience with a bunch of friends and eat random sweet stuff to see what pure texture tastes like.

At this point, my story about the bio lab is done. Now I’m going to detour into talking about why I would not be a good scientist. I’ve never fully talked about this with anyone and I just want somebody to tell me they relate to this.

Sometimes labs are fun (like the one above), but other times, they just make me feel downright clumsy. My fingers feel like how my body feels during situations where spontaneous dancing is required. I’m really not sure what exactly I’m supposed to do, but I am sure that I could very easily mess something up. There’s too many things that could be knocked over, too many things that could be added/subtracted/mixed/measured incorrectly.

And that’s just how I feel when doing a lab that’s already written out for me. But to have to create a lab by myself? It would be so much worse. You know how in math you’re sometimes unsure if what you’re doing is mathematically legal? It would be like that. I would be doubting if what I was doing was scientifically sensible every step of the way.

The only science connections I can make are the ones I’ve already been told. I can clearly remember several instances throughout high school when science teachers asked us inference questions. The “what would happen if” questions. Or “why did this happen” questions. And every time I think to myself, how am I supposed to know that?? I can give you back the facts you’ve already told me, but beyond that I get lost real fast.

For example, on a homework we were asked this question about what would happen to steps A and B in cellular respiration if step C got messed up. The answer was that step A wouldn’t be affected because it happened before step C, but step B wouldn’t happen because it was after step C. Very straightforward, right? But add in all the complicated vocabulary and long sentences that never seem to end, and it feels nothing close to straightforward in my head.

I don’t think I have the temperament to be a scientist. Labs have to be done exactly the same multiple times in order to make sure the data is solid. Patience and precision might be the two most important qualities you need as a scientist, and neither of those are what I would claim as strengths.

Okay that’s the end of my Why I Will Not Be a Scientist list.

But even though I would not make a good scientist, I like science class. It’s pretty cool. In math, you learn how numbers work, and in history, you learn how groups of humans work, but it’s in science where you learn how tangible things work.

The number of things I can actually explain has to be so small. I’m wearing a jacket right now, but do I understand why this zipper somehow connects all those little bars when I pull it up? Nope, I couldn’t explain it to you. (Wait actually, my zipper’s not even working right now. And I’m not able to explain why it’s not to you either.)

For example, I learned in bio class how fetuses’ hands actually develop. If you had asked me to explain the process a month ago, I would’ve been like huh, what do you mean? Don’t they just like slowly grow or something? Which I guess is vague enough to be correct, but what I was imagining in my head would’ve been wrong. I had always subconsciously assumed that the fingers grow incrementally, but it’s kind of the other way around.

What happens is that at the wrists, the fetus grows these blobs of cells. Then some of the cells die until the fingers form. So instead of the process being like a carpenter adding on fingers to the palm, it’s like a sculptor chiseling away at a block of marble.

This is why babies are sometimes born with webbing in between their fingers — the breaking down process hasn’t completely finished yet. (The doctors finish it through surgery.) Which makes me wonder, are there any benefits to having slightly webbed fingers? What would be the unintended consequences? As of right now, the only skill I can think of that would be easier with webbing is being able to hold water in your hands more efficiently. And that maybe it would hurt more when you slapped someone? I can’t think of any consequences at the moment.

Do you like science class?
How do labs make you feel?
Is there a profession you know you wouldn’t be great at?
Has there been a “thing” somebody explained to you recently?